​Lead is indisputably one of the greatest building materials. For proof all you have to do is look up at countless historical buildings throughout the UK. If installed correctly by an experienced leadworker lead can last in excess of 100 years. Lead is the softest of the common metals with a melting point of just 327.4°C and because of this it is very malleable and can be easily manipulated into many shapes and forms. If the shape you are trying to archive is to complex or will thin the lead to much you can weld the lead using oxy-acetylene. Lead is 100% recyclable making it one of the best eco materials available and because of this lead has an extremely low carbon footprint making it highly environmentally friendly due to this lead is now registered in the BRE Green Guide with a rating of A+. Research undertaken by the lead sheet association says that over a 40 year period lead can be up to 50% cheaper than manmade flashing products and over 65 years lead can be almost 100% cheaper. Personally if installed properly lead is the best looking, longest lasting, watertightest and most cost effective material you can have on you roof. 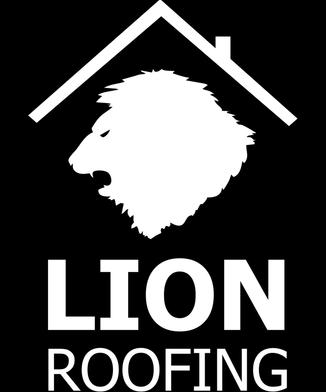 Chimneys first started appearing in the 12th century but didn't become common until the late 18th century. There are some outstanding chimneys from the Georgian and Victorian periods with detailed brickwork and skilled leadwork. 7 out of 10 leaks I attend are chimney related whether it's the lead flashing that needs replacing, porous bricks, perished mortar joints or just needing a cowl installed. Even though I would class a chimney as a weak point on a roof, I think a roof looks odd without one and I'm not the only one that thinks this, new builds are having "fake" chimneys installed whether it's in keeping with the surrounding area or just the architects preference. They are made out of fibreglass and have about 30mm thick bricks stuck to the shell, the mortar joints are pointed in on the floor then they are craned into position then bolted into the rafters. I have pictures in my gallery of some I have done and afterwards you wouldn't know that they weren't real.

Single-ply flat roof systems are getting increasingly more popular in UK construction projects for both new builds and refurbishments. PVC single-ply membranes have been around since the 1960's but have only recently started to be used on domestic properties. The single-ply membrane is welded together with a hot air gun so there are no naked flames during the installation.  Single-ply membranes are integrated with UV resistors at source during the manufacturing process therefore providing superior UV degradation resistance. Single-ply membranes are fire resistant and self-extinguishing and because of this they can not be ignited by flying sparks i.e. cigarette butts. The membranes flexibility has been tested to temperatures below -30ºC and in a advanced weather conditions test the membranes have been given a life expectancy of 25-40 years. Personally I've never liked flat roofing systems (apart from lead) but the company I worked for started using single-ply and at first I was sceptical but the more we used it the more I liked it, it looks good and we've never had a single problem with the system in fact I use Cefil UK single membranes and they have sold over 3,000,000 m² and not had one product failure.

The pitched roof is the most common roof form used in traditional buildings and roof trusses are almost always made from timber. There are several different types of timber roof construction which vary depending on the age of the building, its structural form and the local traditions. Unless specified you will have a breathable membrane fitted, then the correct size battens for the tile or slate are nailed in place at a gauge that will give you the right amount of headlap for your chosen tile or slate. The gauge can altered slightly to allow for the pitch, high wind exposure or just to match in with an existing roof. Your roof will now be tiled or slated with the correct fixings for the product being installed.

There are many factors that have to be taken into consideration when you are having your roof done like if you would like a warm roof (insulation on or in between the rafters) or cold roof system (insulation on the ceiling leaving a cold loft space) and ventilation both of which can be discussed with your roofer, builder or architect. You also have the option of having a dormer or roof window installed both giving extra light into any room.